Call of Roma is based on the history of the Roman Empire, the post-Republican phase of the ancient Roman civilization, characterized by an autocratic form of government and large territorial holdings in Europe and around the Mediterranean. The term is used to describe the Roman state during and after the time of the first emperor, Augustus.

The Roman Republic, which preceded it, has been weakened and subverted through several civil wars. Several events are commonly proposed to mark the transition from Republic to Empire, including Julius Caesar's appointment as perpetual dictator (44 BC), the Battle of Actium (2 September 31 BC), and the Roman Senate's granting to Octavian the honorific Augustus (4 January 27 BC).

Roman expansion begins in the days of the Republic, but reaches its zenith under Emperor Trajan. At this territorial peak, the Roman Empire controlls approximately 6.5 million km2 of land surface. Because of the Empire's vast extent and long endurance, Roman influence upon the language, religion, architecture, philosophy, law, and government of nations around the world lasts to this day.

But rebels are rising and threatening the stability of government while city corruption spreads far and wide. Seigniors resort to extreme violence for political dominance and land ownership, forcing millions into homeless and destitute situations. A dark cloud has overshadowed Roman Empire and underneath it everything falls to ruin. No doubt this is a time for serious change and the power for change rests in your hands!

Here at Call of Roma you will be filling in the role of a small consul, expected to apply the resources and troops at hand wisely to write the glorious chapters of your life! In such a strategic web-game as Call of Roma, your leadership and management skills will be brought to the test! Make your talents shine now! 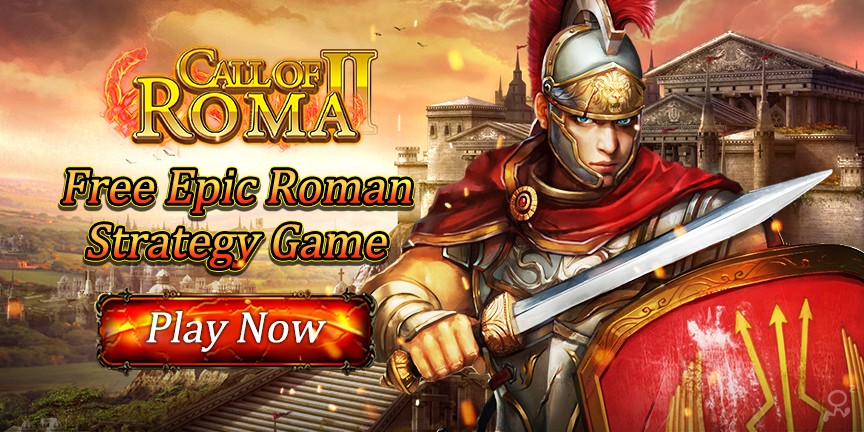